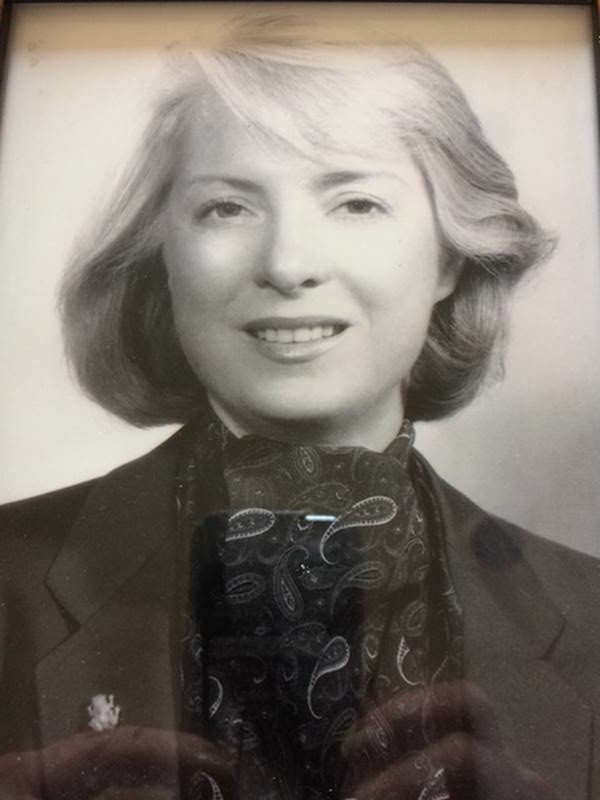 Although Judy was only a member of the Grove for a few years before she passed away, she was well known to many of the members as a Founder of the Committee of 200 and as former President of the First Women’s Bank in Manhattan.  The Bank, established in 1975, was a creation of the feminist movement and the first bank in the United States to be operated by and for women at a time when women were given short shrift from other banks.

I first met Judy when I was called by a head hunter to interview at the First women’s Bank- having no previous knowledge of the bank or Judy, I decided to go and, at the first meeting, knew I wanted to work with this woman! Our relationship quickly grew from employer/employee to mentor/ mentee to incredible friendship. We worked around the clock in a ground-breaking era of banking – offering many firsts, including the first money market accounts,  Muriel Seibert Brokerage Services ( the first women’s brokerage service), and, most importantly, offering loans to credit-worthy women, who otherwise would not be eligible. Although there was a hostile takeover and Judy and I both left the bank, at one point Jay Marc Schwamm joined the Advisory Board of the First Women’s Bank, and Judy and Jay later married – one more big plus of working at the Bank!

Our place of employment changed but our friendship only grew stronger. Judy started the J. H. Mello Company, an investment banking and consulting business, which became known as the Mello Corporation in the mid-1990s. She later became president and chief executive of World Learning Inc., a nonprofit organization with programs in 110 countries. World Learning established a scholarship in her honor shortly before her death.

A leader in finance, entrepreneurship, and international education, Judy was also fully involved in her church, civic associations, and several boards. She was my boss, my mentor, and very special friend, and her passing led me to join forces with the Ovarian Cancer National Alliance to help fight this dreadful disease. She was sustained by the love, affection, and support of her family and her many friends. But what allowed her to live her life as fully as she did during her illness was her incredibly positive attitude. She lived each and every day guided by that spirit that she preached to one and all:

“Every day is a beautiful day.

It’s only the weather that changes.”